Do you balance board? I stand and balance all day at work and I love it.

I built my first balance board years ago. It was one of those round boards with a half sphere on the bottom. Instead of a half-sphere on mine, I used a lacrosse ball stuck inside a pipe flange. It worked well for what it was, but it never held my interest for long.

Fast-forward to a few weeks ago, while waiting for my new Varidesk to arrive, I began to experiment with balance boards again. This time, I came across a different style of board; one that didn’t have a stationary pivot point. Most of these boards aren’t cheap so I began experimenting with my own creations at home.

The main difference between a stationary pivot point, and one that can rock and roll, is that a rolling object underneath a board provides recovery time. With a stationary pivot, I find it much harder to keep the board edges from touching the ground. Whereas with a rolling cylinder under a board, I have extra time to catch my balance before an edge touches down.

Plus, the added enjoyment of quickly rocking back and forth is exhilarating. I can move and twist and keep balance interesting. With a single pivot point, the range of motion is far more limited, and in my opinion, is rather boring.

The first board that I “built” consisted of a plywood board and a 2-inch PVC pipe wrapped in rubber. It worked well and was smooth ride. However, the major downside that I found with this setup was that the roller would continually drift out from under the board and soon enough I was stopping to make adjustments to the pipe.

My next attempt was inspired by Vew-do Balance Boards. Unlike other snow/surf/skateboard inspired balance boards, the Vew-do has a guide rail for the roller. The roller, or “rock”, doesn’t drift; it stays with the board. Combined with a tapered edge on the rock, and this opens up a lot more movement from toe to heel. 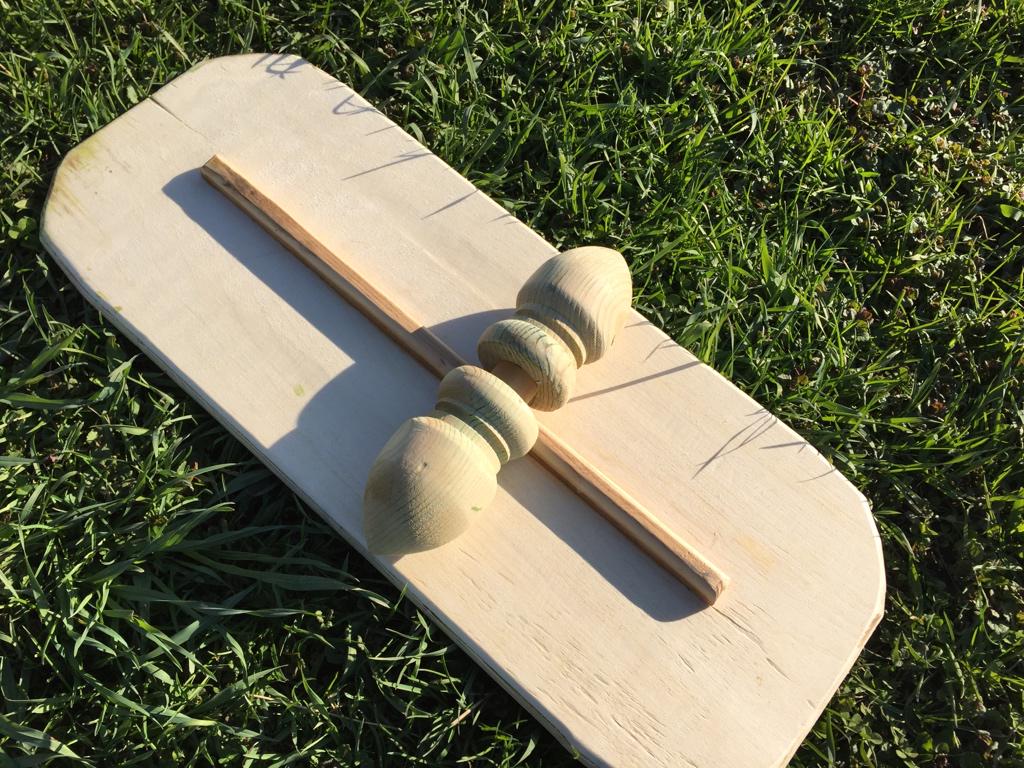 For this second board I used two pine acorn finial post tops from the hardware store connected with a wood dowel in the center. I then attached a wood rail to the bottom of a plywood board. I was immediately impressed by how much more fun a board with a rail can be. But within 10 hours of use, my rock began to crumble. It was made of soft pine wood, so it wore down quickly and began to chip.

Next I tried using a hardwood maple rolling pin instead of pine. The rolling pin with a plywood board was actually my favorite way to ride at the time, but it still had a drifting issue. It was very fast and fun. I figured I could route a ridge at the center of the pin so that I could use it with a rail system, but after a couple of failed attempts using my router, I decided it was time to cut my losses and purchase a real board.

Up next, the serious fun begins after I purchase the Vew-do El Dorado balance board…

Continue the conversation with @brandenbyers.

The beta release of Xcode 8 comes with a new theme named Civic. This is the same color theme used throughout WWDC 2016 marketing and with a simple tweak, it can also be used in Xcode 7.

What to do when the body begs to stand but there is only a desk to sit.

I was disappointed by the terminal emulator in Spaceemacs because every line started with chars that were not properly escaped. This is an emacs issue specific to Mac OS X.